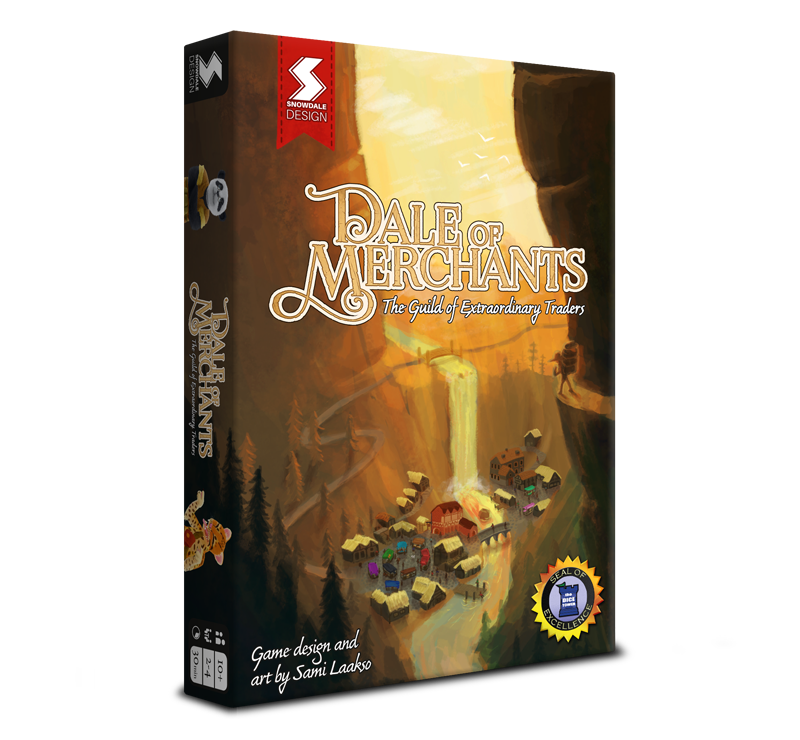 Do you give up a chance to use a splendid action in favor of getting even more astounding cards? Since every card can be used in multiple ways, Dale of Merchants requires some tough choices. You can’t win the game without letting go of your cards. Dive into Daimyria and meet the cast of colourful animalfolks!